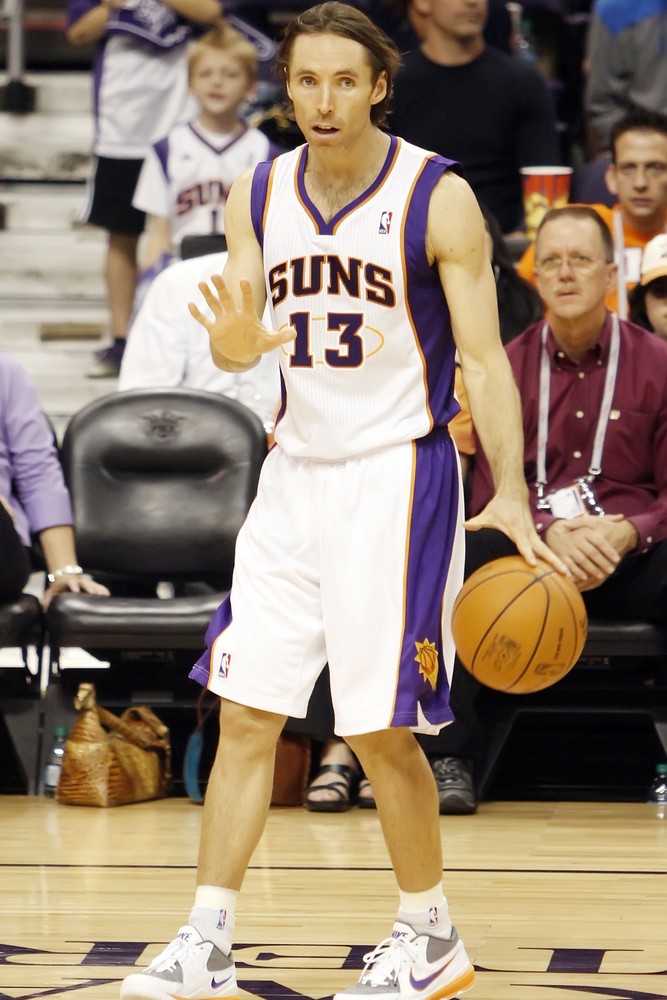 Tonight we played against one of the best teams in the NBA–The Phoenix Suns. Steve Nash finished his normal “day at the office” with 20 points and 18 assists. Kevin Garnett was dominant on offense and defense and finished with 44 points, a load of rebounds, and a lot of defensive plays that won’t show up on the stat sheet. Every starter for Phoenix was in double figures. It was a great game to play in and a great game to watch.

Mike D’Antoni has changed the way basketball is played in the NBA. (On a side note: He and I jawed a little bit during the game during a stretch when I was pushing for a technical foul for the Phoenix bench when they really protested a call. He heard me calling out to the officials: “Give them a technical” and then he yelled at me to “just play basketball.” It was a little heated for a second then it just died down. I got his point and he was probably right.)

But Phoenix’s new style has impacted everyone from the refs to NBA coaches all the way to professional scouts. The big bruising players are still effective in the NBA, but speed and shooting are at a premium now because of the success of the Suns and the way they have shown you can win with leaner, faster players with high skill levels. I think D’Antoni’s style is showing the pros and colleges a new and exciting way to play the game. I can tell you firsthand that playing against the Suns is fun for us as NBA players, win or lose, because you know it’s going to be uptempo and there’s going to be a lot of scoring. You know you’ll be playing against one of the best teams in this league.

I had a huge celebration when I watched the Stanford men’s basketball team knock off the top ranked UCLA Bruins yesterday. This year, all the national experts are saying that the Pac-10 is the top conference in college basketball. Even though Fred Hoiberg likes to mess with me about how he doesn’t like Stanford’s mascot–The Tree–our mascot was out there dancing around Maples Pavilion in Palo Alto after our big win. I think I will get some video footage of it and email it to Freddie. The funny thing is that everywhere I go people ask me about the Tree. “Hey is it true that the Tree got suspended for two games a few years ago for yelling at a ref.” I hear questions about that all the time. I’m not even totally sure what the right answer is. Well, all I can say is that the Tree is doing something right because everyone’s talking about him/her and the on-court exploits of the tree are taking on an almost mythical status.

On a more serious note, I think that Stanford’s Coach Trent Johnson is showing why he should be a leading candidate for coach of the year. He has dealt with some tough injuries this season but has done a great job of developing his young players like Brook and Robin Lopez. It was special to watch such a well coached team two nights ago. It was nice to see Lawrence Hill take over that game in the second half along with Anthony Goods and the Lopez’s controlling that paint.