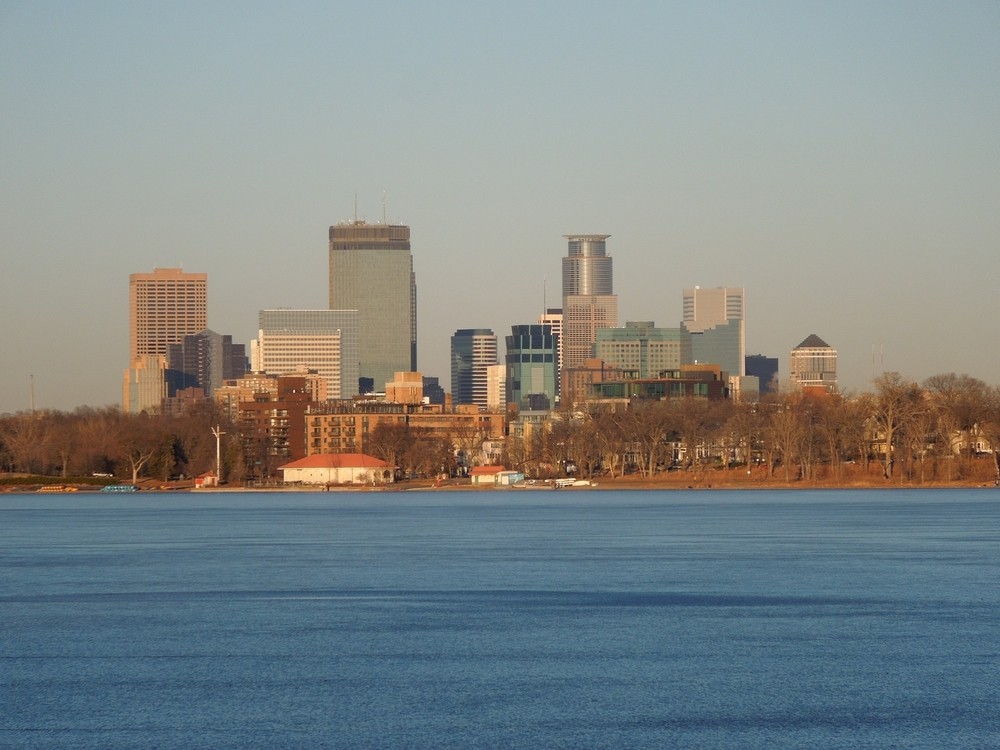 Trenton Hassell Saves the Day Last Thursday, the day after our loss to Memphis, we had to report to the Tria Medical Center in Bloomington for our end-of-season physicals. It was probably the last time our entire team will be together until next fall. Trenton Hassell came to the 7:30 AM physicals and he was talking about how he was bummed out because he had to cut off his dream he was having that morning. When we asked him about the dream he said that in the dream he was on a plane that had been hijacked and he was in the middle of “saving everyone on the flight” when the alarm clock sounded. He’d be the right guy though in a situation like that–I can tell you that for sure.

Today I decided it was time to do some long distance running so I went over to Lake Calhoun to see if I could run the entire lake. I did some sprinting and walking and finally finished running two thirds of the lake at a good pace. I was shocked at how many people were out there running and rollerblading. It was awesome to be out there doing something normal during the summer time. I’m glad to be here in MN for some of the warm months too. I really love it out here. If any of you readers are ever at the lake be sure to say hello. I’ll be the tall guy running on the dirt path getting passed by all of the marathon runner people with the heart rate monitors on. Hopefully by the end of the summer I’ll be one of those people and I’ll be going fast like them too. I’ll head to Nebraska soon to see my sister and her husband and four kids and then out west for a while, but I’m really looking forward to doing my kids basketball camp in Champlin in late June at Champlin High School.

I think the question the media and fans ask the most is “does KG want to stay in Minnesota” and “How is KG doing?” Most of the questions I get from people are related to Kevin. Well, let me address both of those questions by saying that of all the teammates I’ve had, Kevin is one of the guys who always is going to speak from his heart whether he’s talking to us behind closed doors or whether he’s talking to reporters. So whatever he says to the media is a pretty accurate portrayal of what he’s thinking about because he’s upfront about things. I know that towards the end of the season he took some time to himself to focus on training and having a little bit of privacy, but the answer that I give people is to just let Kevin have a normal few months free from worrying about all this stuff. Until then, I think that he’s taking some much deserved time to spend with his loved ones and friends. Personally I think that there are a lot of national media members that like to stir up the pot and try to put words into the mouth of KG. Of course fans and media people in NYC, Chicago and L.A. are going to fill message boards and chat rooms with rumors about KG going each place because those markets would love to have him. Personally, I think that the mojave desert would freeze over for ten years straight before Mr. Taylor would trade Kevin Garnett. There is no trade that would give MN equal value for Kevin.

Just a little while ago I was watching the playoffs on TV. I have to admit that it’s very tough to watch other teams still playing. Two nights ago, I got so frustrated that I called one of my friends and we went up to Flagship Athletic Club in Eden Prairie where he rebounded for me to help me work on my jump shot/set shot. But tonight I was able to see what was going on in the Bulls/Heat series. At halftime, Craig Sager highlighted the fact that In the first twelve posessions of the game, Shaq only touched the ball twice for the Miami Heat. That was the reason why they lost the game tonight. They never got Shaq involved. I still remember game seven against the Sacramento Kings a few years ago when I was with the Lakers. Before the game, Shaquile told everyone in the huddle to find him and to “give him the ball.” When you are the big man like shaq it is tough to watch your teammates hoist up a lot of threes without getting to touch the ball a lot. Sometimes he’d come to the huddle in LA and say, “Fellas, just let me touch it.” When we got him the ball it opened things up for everyone. If the Miami Heat will give Shaq more touches it will open everything else up for the rest of the team and Antoine Walker will be knocking down threes and Jayson Williams and Gary Payton will have a field day. If not, it’s going to be the Chicago Bulls getting long rebounds and turning the series into the proverbial “track meet” with all the runners they have on their team.

Let’s start off by taking a look at the statement issued by Kenyon Martin. It’s refreshing when someone like Kenyon immediately comes out and apologizes for whatever happened. To me that shows he’s a man.

“First and foremost, I want to apologize to my teammates and coaching staff for my actions on Monday night,” Martin said in his statement. “There is nothing more important to me than being a good teammate and giving 110 per cent effort each and every day. Nothing will ever change that. I sincerely regret if this situation has been a distraction for the team, (Nuggets owner) Mr. Kroenke and the Denver Nuggets organization,” Martin said. “I take the responsibility of representing the Denver Nuggets very seriously and I truly hope that Nuggets fans understand that.”

I know Kenyon Martin as an opponent, but more importantly I know Kenyon as a friend. This man is warrior and a GREAT basketball player. He may be the quickest big man in the nba and one of the smartest players in the association. I roomed with Kenyon Martin on a World University Games USA college team and this man is a class act. I feel badly for what Kenyon is going through right now and I think his immediate statement that he issued shows he is very contrite. I also saw George Karl’s interview on SportsCenter and Coach Karl seemed to really show that he felt for what Kenyon was going through and seemed to express empathy for the tough knee injury that Kenyon has been fighting through.

As I’m sitting here watching the Denver/Clippers game the commentators are saying that Kenyon wants to talk to Coach Karl about the incident but Coach Karl does not want to talk about it right now with Kenyon because it’s the playoffs and it’s a busy/stressful time. Who knows if they really know what’s going on or not but having been through the playoffs I kind of understand where both sides are coming from. I remember two years ago Kevin Garnett telling Ndui Ebi something like “Just get prepared because things in this locker room are about to get really intense during the playoffs and just know that nothing said in this room is personal even though it might seem like a hostile place.”

Now, I wasn’t there for whatever incident took place, but the sooner the Denver staff can meet with Kenyon and the sooner they can crush whatever happened in the “incident” the sooner they will get one of the best players in the league back on the court as a contributor and a dominant force.