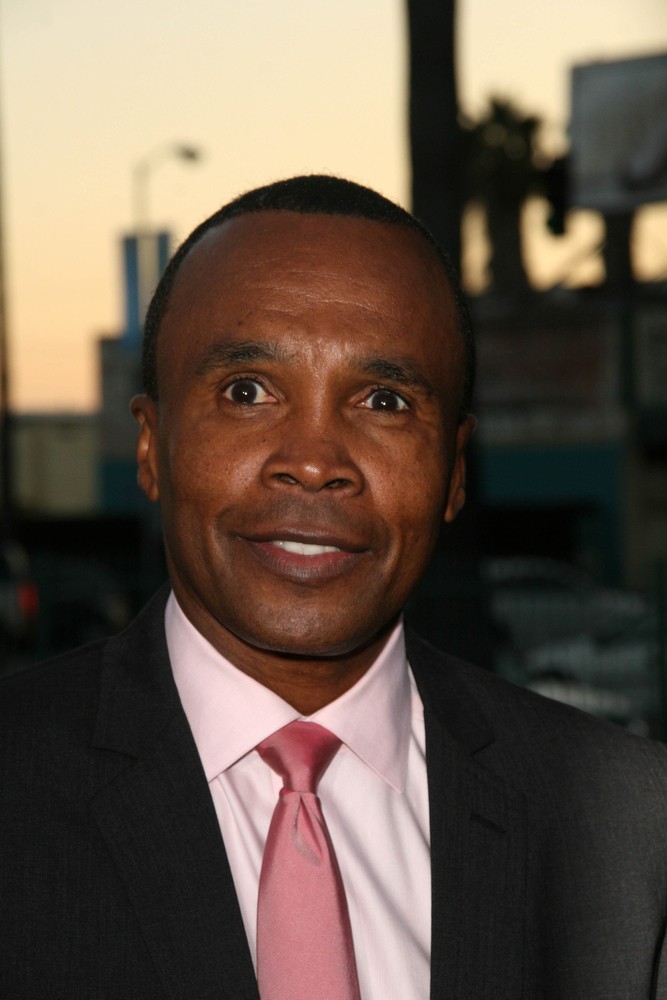 At our game this past weekend against Golden State, we had a pretty big name in the world of sports sitting courtside. Sugar Ray Leonard was in town to do a promotional spot with one of the team’s corporate sponsors. It was cool to see a boxing legend up close. He was a champion at five different weight classes during his 20-year career. That is pretty amazing to be that successful for that long in a very rugged profession. Two of the member’s of the dance team presented him with a personalized Wolves’ jersey during a timeout. He reciprocated by giving each of them a little peck on the cheek.

After the game, Sugar Ray came into our locker room to say hello to Kevin Garnett and the rest of the guys. He told KG that it was his second time he had visited the Twin Cities and said it seemed like a great area. Then Ricky Davis went over to say hello to him. KG introduced Ricky to Sugar Ray and said, “Ray, Ricky’s pretty good with his hands too.” Ray smiled and said, “Are you?” to Ricky and Ricky replied with a simple, “Yeah, I am.” Then Sugar Ray showed us that if he were to box against Ricky, (a taller opponent) he would try to attack his midsection with a series of jabs, rather than going for head shots. Sugar Ray really seemed like a fun guy who was friendly, outgoing and genuine.

When I was talking to Sugar Ray about boxing, he showed me a few moves and told me about how “champions are made.” He said the most important thing as a boxer to be able to take a punch. Then he asked me if it was okay for him to show me a few things to which I said, “Of course.” It was awesome to meet an athlete of that caliber and I think the entire team hopes to see him again down the road.

We have got to face Yao Ming again this week. I enjoy him as a person, as he is one of the real class acts in the NBA. Yao came into the league a few years ago and has really become a dominating force. He is 7’6”. I’m not sure that anyone can fully comprehend his height until you stand right next to him and realize that your neck is totally bent just to look up at him. In preparing for him you just try to tailor a plan to some of his strengths and try to find a way to keep him out of the post.

This season has been a little bit of a roller coaster, but in general I really believe that we are starting to come together. The players we acquired from Boston are really contributing, whether it be as starters or coming off the bench. Marcus Banks was inserted as the starting point guard and we are 3-1 with him in there. Ricky has been just phenomenal scoring 20 or more points every game. Mark Blount has been solid as the starting center and Justin Reed has given us great energy off the bench every night. I truly believe that we are going in the right direction and that we are going to make a push for the division championship and for the playoffs from here on out.