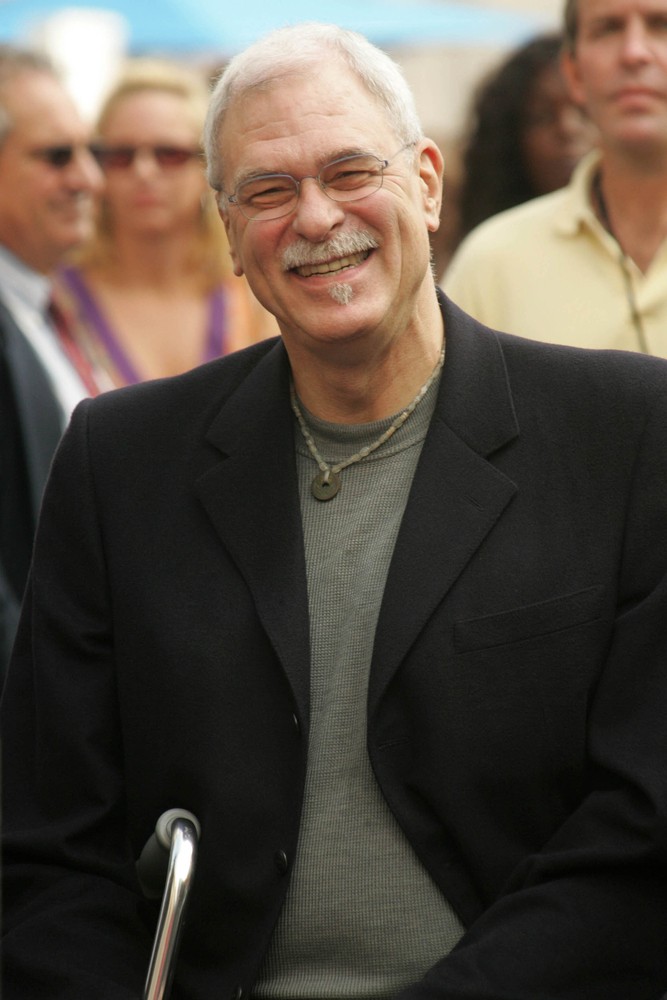 I’m at home in MN today and I had the television on for the Jim Rome show and they were talking about Alonzo Mourning’s comments regarding Phil Jackson as a coach. Now it’s possible that Alonzo’s quotes were taken out of context. Everyone around the NBA knows Alonzo is a class act and so maybe either he was kidding, or maybe he was joking around, or then again, maybe he was expressing on an honest opinion. Regardless, I thought that as one who played for Phil Jackson for three years, I would go ahead and chime in on my thoughts on Phil Jackson as a coach:

First of all, here is Alonzo’s quote:

“To tell you the truth, Phil doesn’t have to do anything but call time outs,” said Mourning, the former NBA star who helped lead the Miami Heat to the 2006 championship and twice was the league’s defensive player of the year. “Kobe is the facilitator. He is the one driving the mission of this particular team right now,” Mourning said. “The communication level he has with his teammates out there, you can just see it. I think Phil is just showing up, to tell you the truth, and Kobe is doing all the work to make this team successful.”

So, first of all, I do agree with Alonzo’s view that Kobe is the facilitator and that Kobe definitely pushes his teammates to higher levels of play than they could do on their own. I can tell you that there were times when Kobe coached me on where to be in the triangle offense and things I could do to help the team. Kobe helped everyone’s level of play immensely in addition to getting a lot of teammates wide open layups and dunks.

But when it comes to Phil Jackson I have to say that Phil is an amazing coach. Let me give a few reasons.

TRIANGLE OFFENSE: First, the triangle offense allows every single person on the court to constantly be touching the ball. I once asked Phil’s trusted assistant for 15 years, Frank Hamblen (whose specialty is defense), why Frank liked the triangle. He said to me simply, “There is always someone in the triangle in position to get back on defense.” Simple, but incredibly important in preventing easy baskets. Phil was a great role player for the Knicks and when he coached he wanted everyone touching that basketball a lot so that when the time came to attack, they were in some kind of rhythm rather than not touching the ball for 5 minutes in a game which happens sometimes. In the triangle offense there is a counter for every single thing a defense can do. Believe it or not, there are a lot of NBA sets with no automatic counters. Phil has taken everyone on that LA team, in Hollywood, and made them buy into the Triangle which is essentially a team offense. That in itself is no easy feat! But even when I was there, he got everyone to buy into the triangle. And if you tinkered with the Triangle or abused it, Phil would pull you out of the game and give you some bench time–and not just for a few minutes….try a few weeks sometimes!

MENTAL COMPONENT: Phil kind of had a way of knowing how to motivate people. When the we lost games in Los Angeles, Phil would come in the next day and be upset. Not all NBA coaches are like that! One time he came in and told some guys that they were nice good guys….the types of guys that a girl would want to take home to their parents. Then he said something like “I need some guys that are going to be mean on the court.” Needless to say, our team got meaner the next game.

TRUST IN PLAYERS: This kind of goes with the triangle offense, but the way Phil coaches he allows the players on the court tremendous freedom to basically do anything they want, AS LONG AS IT WAS WITHIN THE TRIANGLE. One of the first rules of the triangle offense is that if you have a direct line to the basket, you immediately take it. (In other words, going on your own and being aggressive and even shooting an unexpected shot is part of running the triangle effectively) It sounds so basic, but some coaches run plays like a football play with a specific end in mind. So the result is that with the basketball coaches that coach like football, some players end up being “robots,” which is the worst thing you can say to any basketball player.

PR–This is an interesting one. When we played against the 76ers in the NBA finals in 2001, there was a lot of talk about Shaq swinging his elbows and hitting Dikembe and other 76er players in the face/head. During one of our team meetings, Phil told all of us that when we addressed the media later that day that we should emphasize the fact that “Shaq deserves the right to ‘pivot’ when going into a post move.” It was kind of funny, because it was a great counter-argument to the media storm and other teams public complaints about Shaq’s physical play. And we went on to win that series never losing another game.

In game 3, Phil ran the same triangle play 3 times in a row in the fourth quarter. He cut Lamar off of Pau and then Kobe and Pau played the two man game on the elbow. Phil knows when it’s time to get the ball to his best players.

And finally, I must say that when I end my NBA career and transition into coaching, one of my first stops will be to visit some of my old coaches to pick their brains. My visit with Phil will be very interesting because I already know which questions I want to ask him. I want to ask him what his substitution philosophy is and how he does it. It seemed to work for us in the 2000-2003 years, but I want to know why he does it the way he does. I am also going to ask him for advice on using the media to get points across to players. Sometimes he talks to players individually when there is a problem and sometimes he used the media. I want to know what factors influenced his decision to go with either way. I’m not sure what is going to happen in this Championship series, but I can say definitively that Phil Jackson is a Hall of Fame coach.