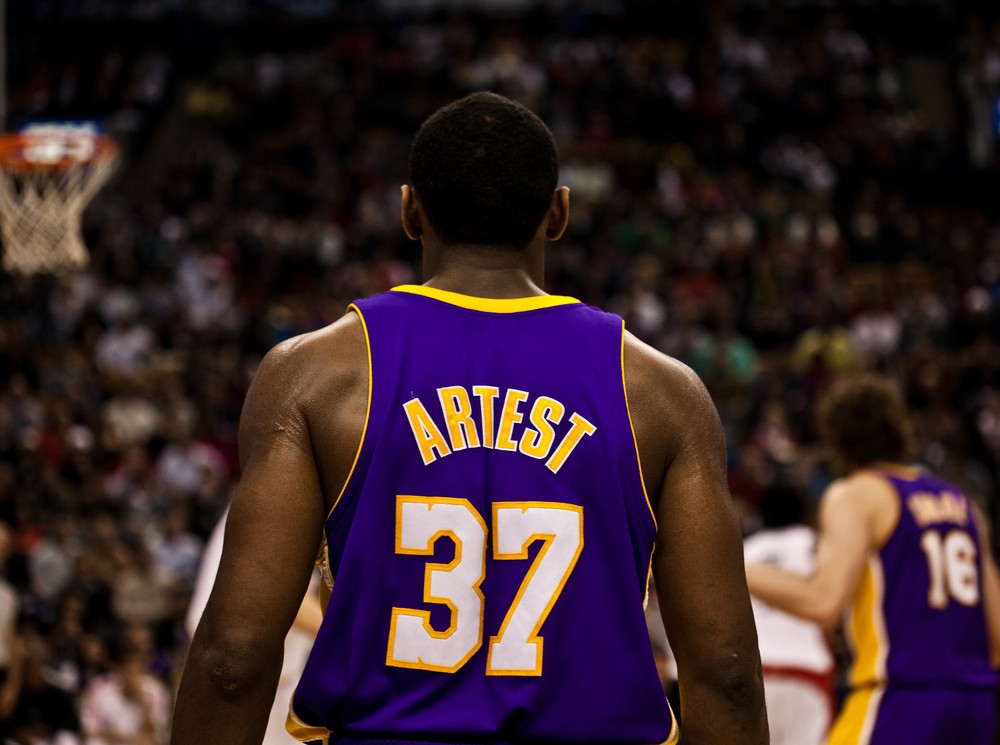 Ron Artest is known around the NBA as one of the best, if not the very best defender in the entire NBA. He recently emerged as one of the Houston Rockets go to guys (along with Yao Ming) and is helping them to a great record in the past few weeks. We’ve played them at home twice now and after our first game when I bumped into Ron, one of the first things he said to me was “How’s Corey Brewer doing?” Corey had just suffered a season ending injury and Ron wanted me to pass along to Corey that he hoped Corey’s recovery went well.

Then two nights ago in Minnesota some friends of mine came to the game and wanted to the chance to meet Artest and take some pictures with him. (and Yao Ming of course also). While Ron was shaking hands and meeting my friends his main focus at first was asking me how Al Jefferson was holding up after Al’s own season ending knee injury.

To me it just kind of shows what’s inside of Ron. On both ocasions, the first thoughts Ron is having are about other people and what they are going through. And it makes it all the more unique given that Ron is one of the most intense, tough and respected players throughout the NBA. I first played againt Ron Artest in college in 1999 in New York City in a tournament at Madison Square Garden. A year or two later, Artest had an injury and my older brother who was doing his orthopedic surgery residency in New York City was one of the doctors that initially met with him. All my brother could say was how cool of a guy Ron was. Over the years, we’ve developed a friendship through the bustle of the seasons. I guess I just hope that fans can get to know Artest for the community service he does and for his very real and down to earth self that he is.

On a sidenote, we lost to the warriors tonight at home. It probably wasn’t our best game, but aftewards I was talking with some fans who had come out and one of them said, “This is the best ticket in town.” Our owner just lowered season ticket prices for next season and now there are actually $5 dollar tickets at the Target Center in some sections! Another fan said to me, “We just renewed our season tickets for next season tonight!” It made me happy that even though some of our best players are injured, the fans appreciate the hard work and intensity that our team is showing. I guess that’s one thing that the Timberwolves can offer every single night: 100% Intensity and Effort!