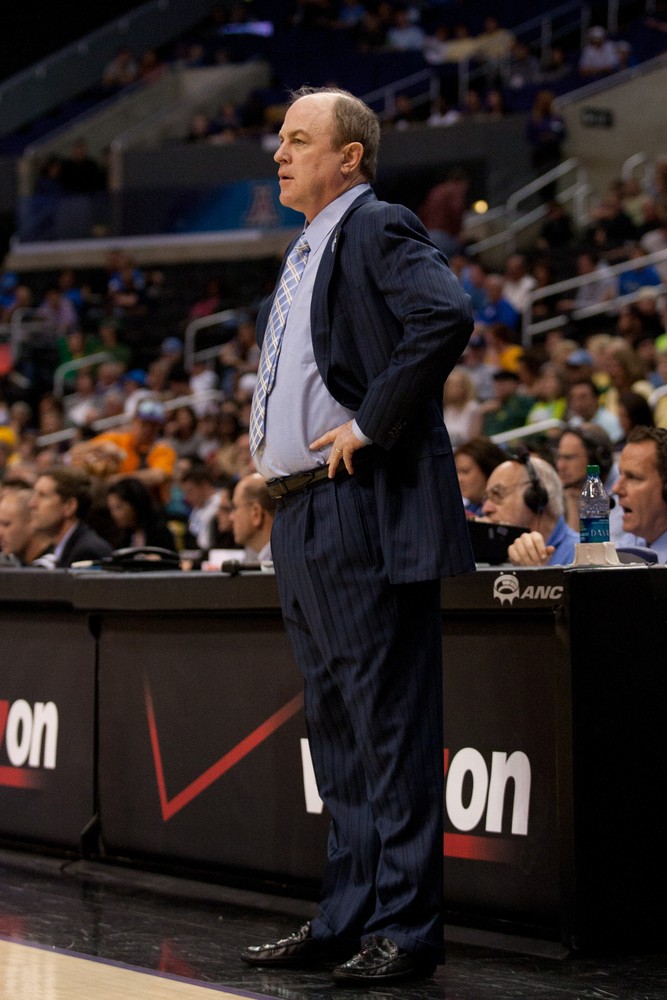 UCLA made a great decision when the hired Ben Howland to become the new coach of the UCLA Bruins. As a “Pac-10” guy I watch UCLA very closely as well as the rest of the Conference and in two years Howland has been in the NCAA Finals and in the semi-finals. As one who played on a Final Four team myself at STanford, I can attest that it is not easy to advance in the NCAA tournament. To get the the Final Four two years in a row is incredible. But the thing that impresses me most about Howland is his graciousness in defeat. I just finished watching the interview with him and all I can say is that Ben Howland is a complete class act. He was the same way last year also. He complimented Florida and gave them all of the credit even though inside we all know he was really hurting.