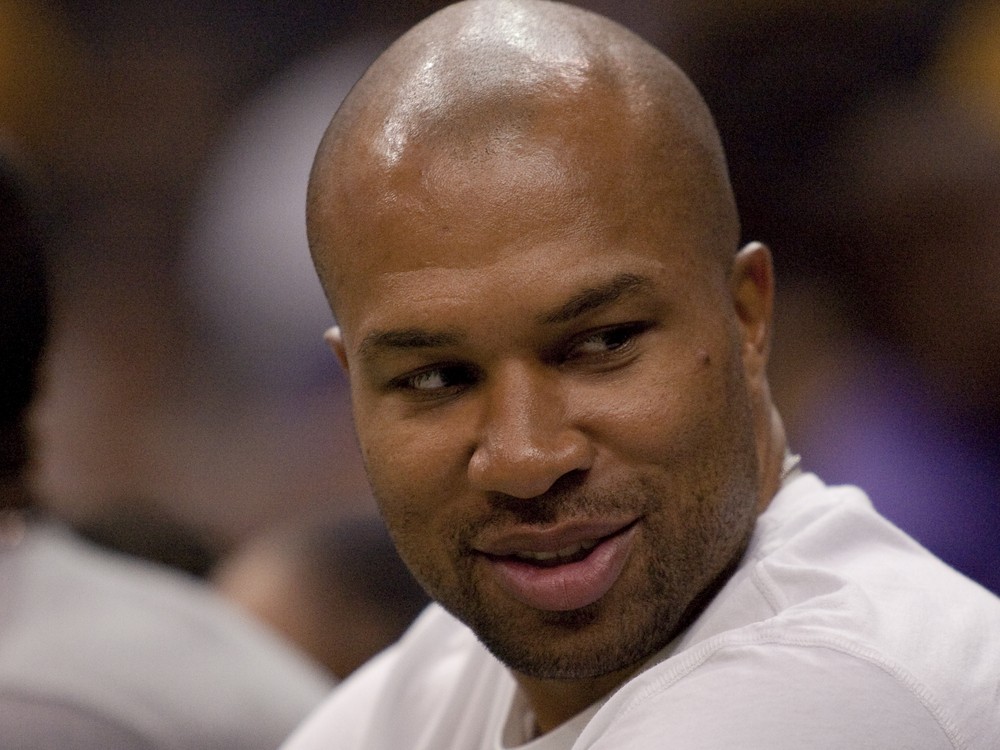 Warriors versus Utah Jazz Playoff Series I played with Derek Fisher for three years while playing for the Lakers and he is one of the most professional people I have ever met in any field. When I got to the Lakers Derek was going through a very serious foot injury and was on the injured list for some time. One time while he was injured we as a team were playing terribly. Before one of the games, Derek gave an impassioned speech while in street clothes and really tried to encourage the guys to take up their level of play a notch. Everyone in the locker room from Shaq to Kobe to Slava Medvedenko was all ears. Afterwards, Phil Jackson referred back to Derek as the emotional leader of our group.

Derek was always working on his jump shot. There were so many days when Derek would be there early at the gym with his brother feeding him passes and giving him feedback on fine-tuning aspects of his jumper.

Later that same season in the playoffs Derek had a monster game against the San Antonio Spurs and hit something like seven or eight three pointers in a blowout win for us. A few days later when we were watching the game film in our “warrior room,” Phil Jackson commented on how Derek had played so very well, and yet Derek did not get involved in any kind of self-promotion, or on-court antics that are so popular in the game today. Phil Jackson rarely was impressed with individual accomplishments, but he was keenly appreciative not only for how well Derek played, but how Derek Fisher carried himself while playing so well.

The Warriors vs. Jazz series is a great one. I was so happy for how well Derek played tonight for his team. I actually want the Warriors to win because I grew up about 30 minutes from Oakland and I know the Warriors team pretty well. Don Nelson was the coach of the warriors when I was in high school and I even worked at the “Don Nelson Basketball camp.” But above all, I’m just so happy that Derek Fisher’s daughter is doing well after her surgery. I hope that Dee Brown’s injury is okay and I hope that he’s able to make a full recovery. Detroit is my favorite to win the title.