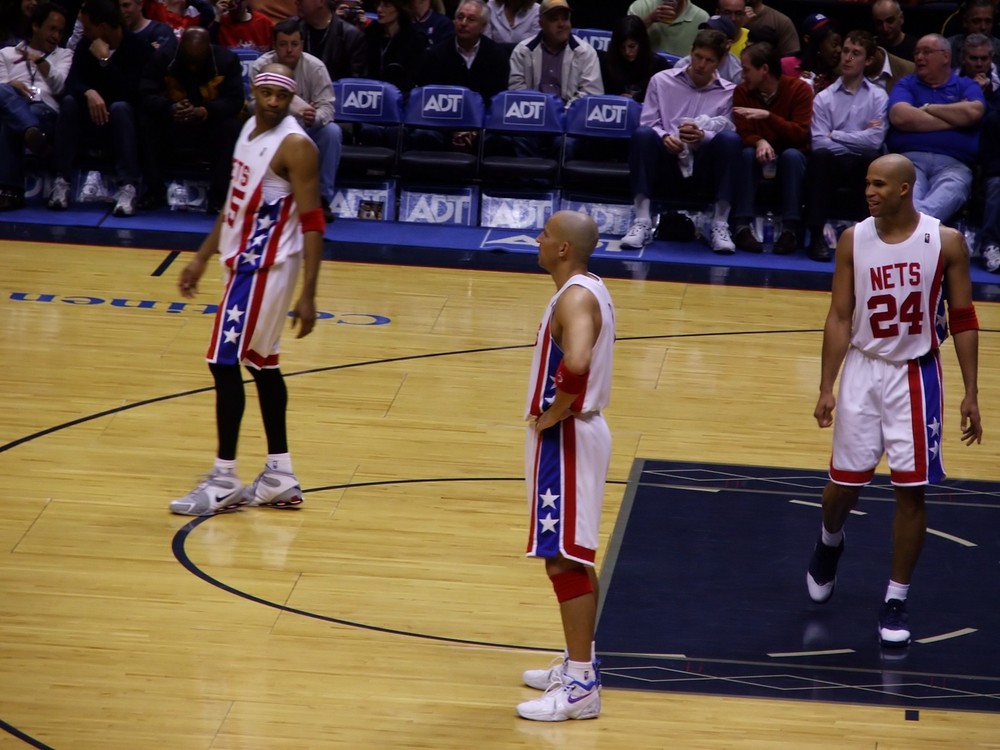 After we beat the Nets tonight Mark Blount and I were talking about the job Jason does as a point guard for his team. Jason is just so fast pushing the basketball and he is a monster when it comes to rebounding. The fact that Kidd is the leading rebounder for the Nets shows you the kind of desire that he plays with. Blount was talking about how Jason’s knee is just finally starting to show the kind of full recovery from the mircro-fracture surgery he had a few years ago. “He’s been playing injured the past couple of years out there,” Blount was telling me. And tonight we saw his speed and his quickness with his knee at 100% once again.

All I can say is that Jason Kidd must be like the really expensive kind of French Cheese that gets better and better with age. I don’t think I’ve ever seen someone of his age rebound the ball, or push the ball up the court the way he does. His play is a credit and an asset to the game of basketball at every level. He seems to get better, faster and stronger with each year that passes.

On a different note, I saw an old friend in Memphis two days ago–Jerry West. Jerry West drafted me as he was the General Manager of the Lakers at the time. When we walked in the FedEx forum in Memphis for shootaround, Jerry ducked in to say hello to KG and a few others. When I was talking to him, different people would stop by and say to him “What’s up logo?” I always knew that everyone considers Jerry West to be the person from which the NBA logo was fashioned, but I had never really heard anyone call him “LOGO” in L.A. It was pretty cool. To this day I will never forget the way that West mentored everyone on the team in Los Angeles. He would talk to us, build us up and spend time with us outside of basketball. I will always remember being invited over for dinner at the West’s home in the Bel-Air area. He gave me some pointers and a few thoughts on what I could do differently on the court to become a better player. When West took the Memphis job, Magic Johnson came out and commented publicly about how Jerry was always the first one to call or go over to the house of someone in the Lakers family when there was a death in the family, a sickness or a tragedy.