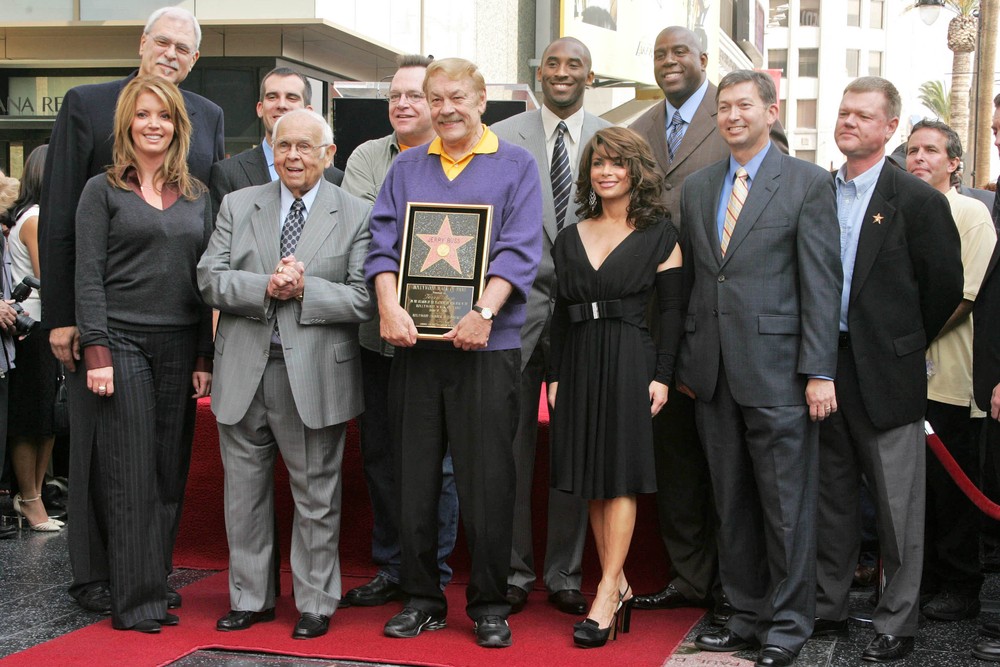 I was sitting here in the Stanford Mens basketball office preparing for a coaches meeting when our Video Coordinator shared with me the news:  Dr. Jerry Buss had just died of cancer in Los Angeles.

I had the great privilege of playing for Dr. Buss’ Lakers team from 2001-2003 and cannot say enough about the first class nature of the organization or of the loyalty of Dr. Buss.  I will never forget after I had a major wrist surgery after my first year in Los Angeles Jerry Buss called me the next day on the phone. Jerry had a great way with people.  He called to wish me a speedy recovery and then said, “At first I thought you had the surgery in June so you could get out of playing in the summer league.”  We both laughed.  I could barely catch or pass the ball with my left hand that first season.  And in the triangle offense Phil Jackson literally had us practice left handed passes throughout the year in order to run the offense properly.  But Dr. Buss’ comment did two things.  It made me laugh (which I needed the day after surgery) and it made me also realize that he did care very much about role players competing in the summer league at Long Beach State. (Which I did the next year).  He built his teams around superstars, but he cared about every single person on the team all the way down to the last man.

Another memory of Dr. Buss happened during the playoffs of my first year in LA.  Rick Fox always planned a dinner together with the team at a happening location in the greater Los Angeles area which nearly almost had perfect attendance of the team.  One time Rick planned a get together and an evening out in the Hollywood Area.  I think I arrived at about 9pm and walked in and one of the first people I saw was Dr. Buss.  He was there with a group of his friends enjoying the evening and I felt nervous because typically the dinners/evening were more of a players only event.  I didn’t really know what to say to our owner.  He just broke the ice and called me over, introduced me to his friends and made me feel 100% comfortable despite him being the owner of the World championship team.

The thing that sticks out to me most is the loyalty of Dr. Buss.  Of all the organizations I’ve ever been part of whether a professional team, or any other entity, I have never seen more loyalty than with the Lakers.  While Dr. Buss was owner, there were countless people who had been with the team for 25 years or more.  From Bill Bertka (longtime coach), to Gary Vitti (Head Trainer), to our equipment manager Rudy Garciduenas, Jerry Buss had the philosophy, “If someone is doing a good job I am going to stick with them.”  In an era when consultants (often rightfully so), need to come in and “clean house,” Jerry Buss showed us that there are other ways to do business that can also yield amazing results.

I just read the LA Times article talking about how Jerry Buss built the Lakers, his family life, and his career.  I am grateful for the opportunity that he gave me and for the 3 great years with the Lakers.  I wish all the best to the entire Buss Family during this difficult time.

(For more information here is the official statement released by the Lakers).